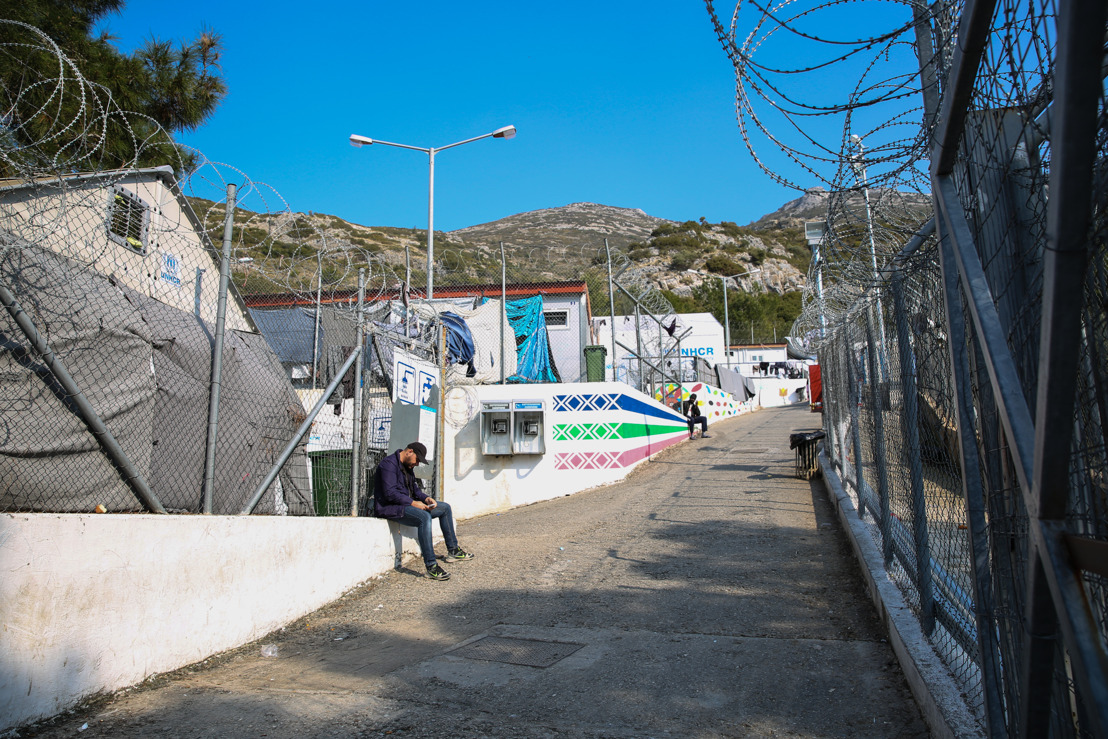 “These people have survived bombing, extreme violence and traumatic events in their home countries or on the road to Europe,” says Jayne Grimes, manager of MSF’s mental health activities on the island of Samos. “But shamefully it’s what they face on the Greek islands that leads them into despair hopelessness and self-harm. Every day our teams treat patients who tell us that they would prefer to have died in their country than be trapped here.”

As detailed in MSF’s report Confronting the mental health emergency on Samos and Lesbos, the scale of the needs for mental healthcare and the severity of patients’ conditions have overwhelmed the capacity of mental health services on the islands.

Over the summer, an average of six to seven new patients per week arrived at MSF’s clinic on Lesbos in acute need following suicide attempts, incidents of self-harm or psychotic episodes and a 50 percent increase in the number of patients to our clinic compared to the previous trimester was reported.

Among the factors aggravating people’s mental distress was violence experienced either on the journey or in Greece, according to many of MSF’s patients. A survey conducted by MSF and Epicentre in Samos in late 2016 and early 2017 reported that close to half of those surveyed had experienced violence while passing through Turkey, and close to a quarter had experienced violence since arriving in Greece. The survey also found that people who arrived on Samos after the EU-Turkey deal was signed in March 2016 reported more violence in Turkey and Greece than those who arrived before the deal came into force. Between 50% and 70% of that violence was allegedly committed by state authorities.

MSF calls on the Greek authorities to immediately relocate asylum seekers to the Greek mainland, and as an urgent measure to step up the provision of mental healthcare, including psychiatric care and other crucial services, to meet the needs of these extremely traumatised men, women and children.

“Moving people to the mainland is a humanitarian imperative,” says Louise Roland-Gosselin, MSF’s advocacy manager in Greece. “European and Greek authorities are directly responsible for this suffering. People’s extreme vulnerability and the complete failure of systems on the islands leave them with no other choice.”

MSF has been providing medical and humanitarian assistance to asylum seekers and migrants in Greece since 1996. In 2014, MSF expanded its activities in Greece to meet the needs of asylum seekers arriving on the Greek islands and mainland from Turkey. Since 2016, MSF medical teams in Greece have offered services including primary healthcare, treatment for chronic diseases, sexual and reproductive healthcare, physiotherapy and mental healthcare. Today, MSF provides medical services in Athens, Attica, Central Greece and Epirus as well as on the islands of Lesbos and Samos. Between January and August 2017, MSF medical teams in Greece provided more than 21,600 consultations.

MSF has been working on Lesbos since July 2015. In October 2016, MSF opened a clinic in the town of Mytilini for asylum seekers and migrants from across the island, including patients referred from Moria and Kara Tepe camps. The clinic provided primary healthcare, sexual and reproductive healthcare, mental healthcare and care for chronic diseases. The team is currently shifting its focus to the medical and mental health needs of survivors of torture,  sexual violence and severe mental health disorders. Between January and August 2017, MSF’s team on Lesbos provided 2,100 medical consultations, 1,060 sexual and reproductive health consultations and 1,270 clinical psychological care sessions.

MSF runs a temporary shelter for vulnerable people in Vathy on Samos which can host up to 80 people. They are identified and referred by different organisations and authorities working inside the RIC. MSF provides them with basic medical services and referrals to the local hospital. MSF also supports volunteer groups and provides information on legal matters and individual assistance with asylum claims in partnership with the Greek Council for Refugees. Between January and August 2017, MSF’s team on Samos provided 460 clinical psychological care sessions.