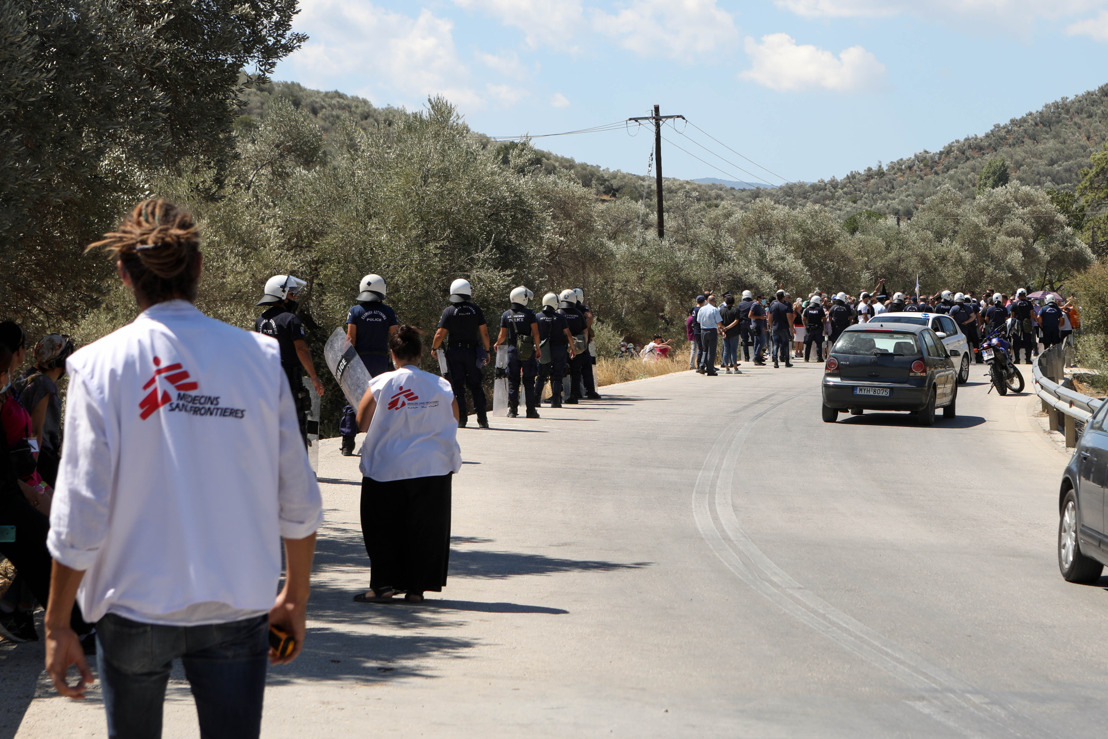 During the protests, a fire was started outside the MSF pediatric and sexual reproductive health clinic, which had to be put out by MSF staff, while a small group gathered outside, shouting at and threatening our teams, and throwing stones into the clinic where we had approximately 50 staff working to treat women and children from Moria camp. Luckily nobody was injured, however both our staff and patients were put at risk, and our medical care was impeded due to the chaos that ensued.

In what world do we live in, where children and pregnant women being treated by doctors are subject to people throwing stones at them? Our medical teams had to be evacuated by bus from the scene – it is just utterly incomprehensible that attacks like this can occur in in any setting.

For some time now, we have been witnessing a rise in aggressive behavior towards asylum seekers and refugees, as well as humanitarian organisations and volunteers who have repeatedly been targeted and harassed for simply trying to provide assistance to vulnerable groups on Lesvos. This incident highlights a malignant symptom that needs to be addressed now.

We call on the authorities to take all necessary measures against the growing anti-migrant rhetoric, aggression and violence circulating on Lesvos, and to take action against those who have harassed and attacked humanitarian actors without impunity immediately.” – Marco Sandrone - Field Coordinator Lesvos.