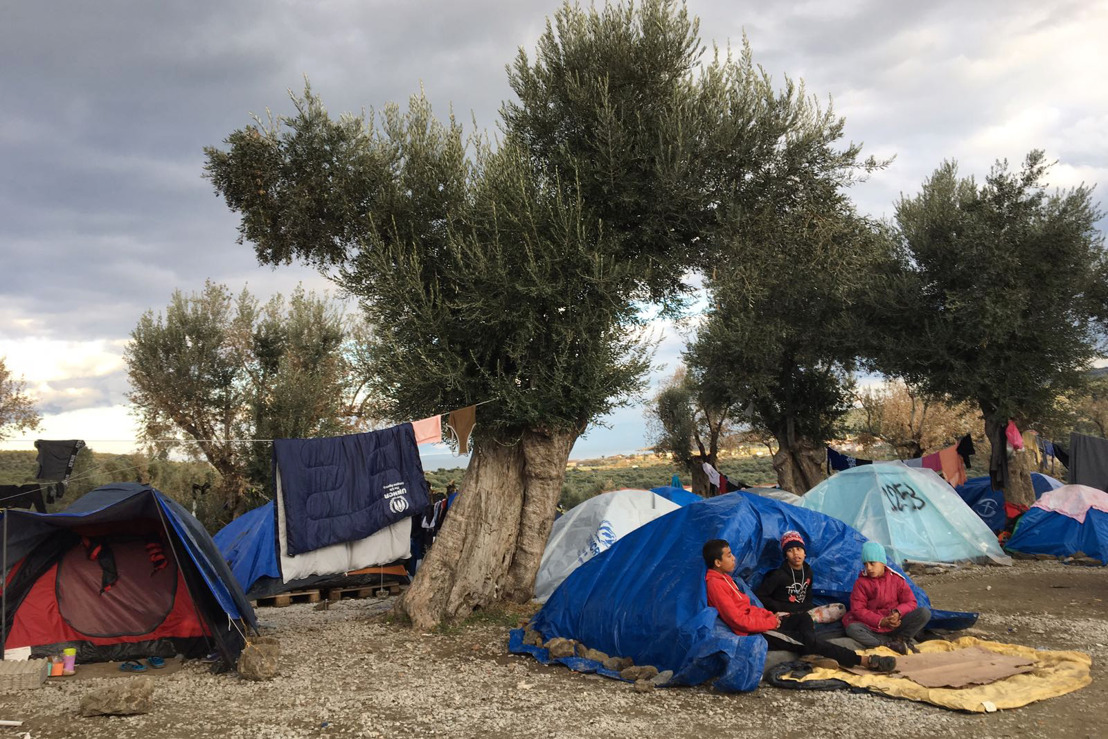 “In Lesvos, entire families who recently arrived from countries including Syria, Afghanistan and Iraq are packed into small summer tents, under the rain and in low temperatures, struggling to keep dry and warm,” explained Aria Danika, MSF’s project coordinator in Lesvos. “People’s psychological conditions are also shocking: in our mental health clinic we have received an average of 10 patients with acute mental distress every day, including many who tried to kill themselves or self-harmed. The situation on the island was already terrible, now it’s beyond desperate”.

Due to the restrictions imposed by the EU-Turkey deal, which blocks people on the islands, the camp of Moria on Lesvos is dangerously overcrowded.  Currently, there are more than 7,000 people in a camp built for 2,300 people, with an average of 70 new arrivals from Turkey to Lesvos every day - the majority of whom are women and children. In the camp, there aren’t enough showers and toilets, little access to water and whole families are sleeping in small two person summer tents, which expose them to rain and cold temperatures. In Samos, 1,500 people are living in a camp designed for 700 people, and hundreds are sleeping under tents without any heating, and with poor hygiene conditions.

These horrendous living conditions pose a critical risk to people’s health and lives, and already last year five people died in Moria as a consequence of the living conditions inside the camp. The situation is particularly dangerous for small children who have limited ability to cope with such difficult weather conditions. This untenable situation is also provoking increased tension and desperation among the migrants and refugees, with local residents and authorities protesting that the islands are transformed into prisons.

MSF has opened a mobile clinic out of Moria for children under 16 and pregnant women to provide primary health care and treat  pneumonia, hypothermia and other cold related diseases in the most vulnerable population. MSF is also negotiating with Greek authorities in order to improve water and sanitation conditions in Lesvos and Samos.

“How can Greek and European authorities continue to believe that trapping people in these dire conditions will deter other refugees from coming? Desperate people continue to arrive on the Greek islands every day after risking their lives in the Aegean Sea. This policy of cruelty imposed on vulnerable people in search of protection has failed and has to stop,” says Emilie Rouvroy, MSF’ Head of Mission in Greece.

“Recently, Greek authorities announced that 3,000 people will be moved off the islands by December 10th, but even if this limited evacuation plan actually takes place, in a few weeks we will end up in the same situation. It’s time to stop the containment policy on the islands and allow people to move where their humanitarian and protection needs can be addressed in a humane way,” she concludes.

MSF activities in the region: