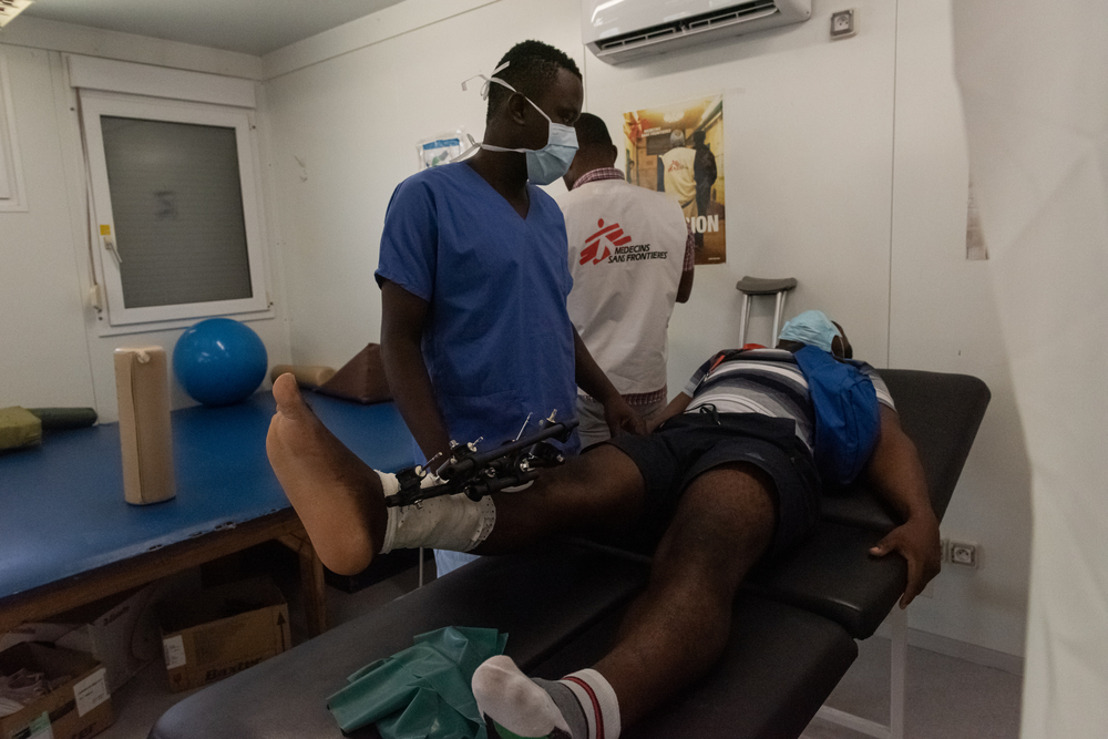 Brooklyn, an isolated neighborhood of Cité Soleil with a population believed to number in the thousands, sits in a marshy coastal area just north of a petroleum terminal. Since July 8, when fighting broke out in Cité Soleil, residents have been unable to leave Brooklyn amid the clashes, and trucks of drinking water, which residents depend on, have been unable to enter.

"We are calling on all belligerents to allow aid to enter Brooklyn and to spare civilians," said Mumuza Muhindo, MSF head of mission. "We also call on the humanitarian community to respond to the urgent needs of the population in Brooklyn and other neighborhoods affected by the fighting, including for water, food and medical care."

Three MSF health workers who live in Brooklyn have been treating the wounded in a private clinic that is the only health facility still functioning in the enclave. On July 10, MSF was able to evacuate 12 patients with emergency needs from the clinic, including people with gunshot wounds, pregnant women and a child with an urgent health condition.

"Along the only road into Brooklyn, we have encountered corpses that are decomposing or being burned," said Mumuza Muhindo, MSF head of mission. "They could be people killed during the clashes or people trying to leave who were shot—it is a real battlefield. It is not possible to estimate how many people have been killed."

The situation within Brooklyn is deteriorating as the clashes continue.

"Unfortunately, it is a neighborhood where much of the garbage of the city, thanks to a river, is dumped in the area," Muhindo said. "The population has no access to water, no access to electricity, and a great need for health care and latrines. Because of the current fighting, the situation has worsened."

MSF is continuing attempts to evacuate people with critical medical needs from Brooklyn, while many other residents also request help to leave the area, but are unable to do so.

MSF is continuing to treat victims of the violence in other areas of Cité Soleil. Staff in MSF's emergency center in the Drouillard area have been stabilizing wounded patients and referring them to hospitals when possible. Today, the staff opened an operating room at the center, to begin providing emergency surgical care on site. This work has been challenging, in part, due to armed clashes in the immediate vicinity of the center, which have required the staff to take shelter in a safe room for hours.

MSF's Tabarre hospital, where many of the wounded are referred, is increasing its capacity to treat victims of trauma. Since July 8, the surgical teams at Tabarre have performed about 15 surgical procedures per day for trauma patients.

"Our main focus here is to save as many lives as possible," said Jean-Gilbert Ndong, MSF medical coordinator.