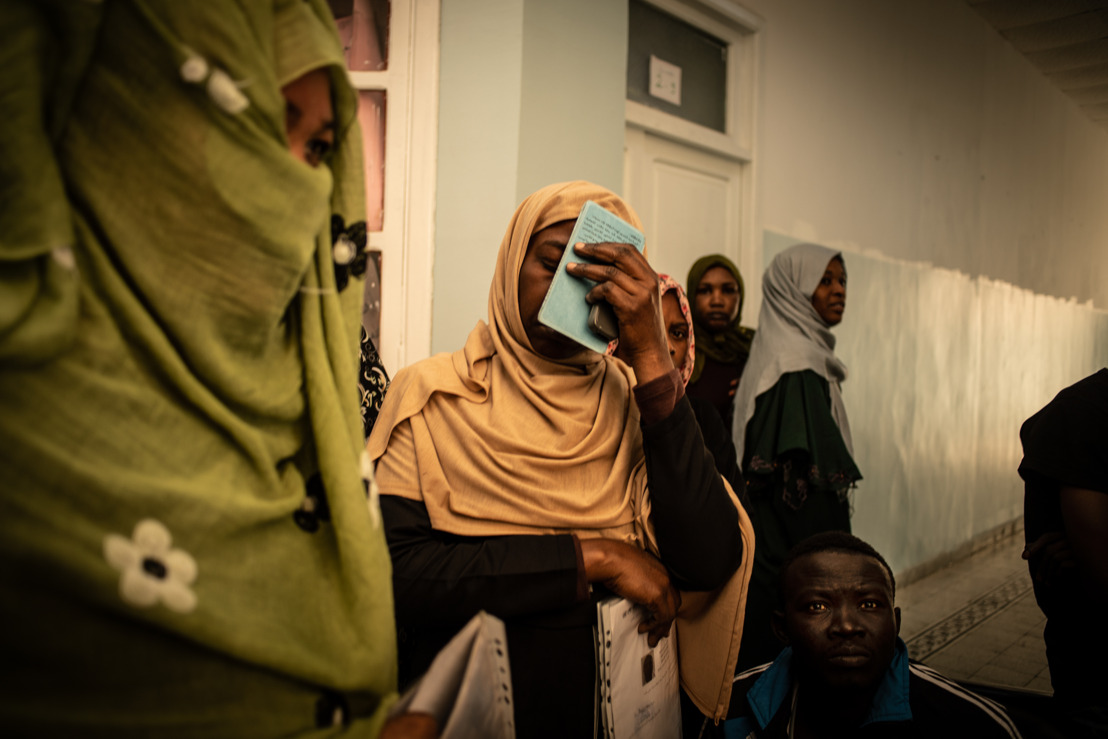 Hundreds of people in need of international protection and registered with UNHCR as asylum seekers or refugees have been left stranded in Zintan and Gharyan detention centres for months – and in some cases years – with virtually no assistance.  As a result of conditions in the detention centres, an average of 2-3 people have died there each month since September 2018.

MSF staff made their first visit to Zintan detention centre in May. They found some 900 people detained there, 700 of them in an overcrowded hangar with four barely functioning toilets, no shower and only sporadic access to water, which was not suitable for drinking.

“Healthwise, it was a disaster,” says Julien Raickman, MSF head of mission in Libya. “A tuberculosis outbreak has likely been raging for months in the detention centre. The situation was so critical that we immediately arranged lifesaving referrals to hospital during our initial visits.”

In total, MSF staff arranged 16 referrals to hospital between 25 May and 19 June. They also distributed supplies of food, powdered milk, blankets and hygiene items. Having been granted access to Zintan detention centre by Libya’s Department for Combatting Illegal Migration (DCIM), MSF is now scaling up its medical and humanitarian response. Medical consultations and referrals are still ongoing and MSF staff is working on repairing the water supply system.

Earlier this year, some 50 of the detainees in the poorest health were transferred from Zintan to Gharyan detention centre, located 100 km to the northeast and on the frontline of the current conflict between the Libyan Government of National Accord (GNA) and the Libyan National Army (LNA). With heavy fighting taking place nearby, the situation for the 29 detainees who remain in Gharyan is particularly hazardous. The area can be inaccessible to ambulances because of the fighting, making it difficult to organise lifesaving referrals to hospital when needed.

People detained in Zintan and Gharyan detention centres are mostly coming from Eritrea and Somalia and survived harrowing experiences during their perilous journey. The mechanisms exist to bring them to safe countries where their claims for asylum can be processed, but they have remained dramatically limited and under-used.[1] On 3 June, UNHCR relocated 96 people from Zintan detention centre to a UNHCR-run facility in Tripoli where they await evacuation from Libya.

Rather than being given the protection to which they are entitled, these refugees and asylum seekers are condemned to a cycle of violence and detention. This is an all too common situation for migrants and refugees across Libya, yet it has not prevented European states from pushing back to Libya those who attempt to flee, in the full knowledge of what lies in store for them and in violation of international law.

Most of the people currently held in Zintan and Gharyan detention centres have already been through dreadful experiences in Libya. Some were kidnapped by people traffickers who tortured them to extort money from them and their relatives. Some attempted to cross the Mediterranean Sea in search of safety but were brought back by the EU-supported Libyan coastguard and taken to detention centres near the coast. Others who were being held by people smugglers in Sabratha became caught in the middle of fighting between rival militias in October 2017 and were subsequently taken to detention centres in Tripoli.

The number of people being held in detention centres peaked in late 2017 at more than 20,000. After fighting broke out in Tripoli in August 2018, many people were moved from Tripoli to Zintan detention centre, further from the frontline but out of sight, in desperate conditions and with little access to medical care.

“We have been abandoned here, I cannot go back and no one wants us anywhere,” says an Eritrean refugee in his twenties being held in Zintan detention centre. “I don’t know where my place on earth is.”

“Transferring people from one detention centre to another does not protect them from the life-threatening dangers they face in Libya,” says Raickman. “What refugees urgently need is a way out of the country.”

Evacuations and resettlements of refugees and asylum seekers from Libya must urgently be scaled up, says Raickman. He continues: “This can only work if safe countries in Europe and elsewhere live up to their responsibilities with regard to asylum, and if European states stop their outrageous policy of illegal pushbacks to Libya from the Mediterranean Sea. Zintan detention centre isn’t an exception – it’s a stark reminder of a harmful detention system deliberately fed by Europe that is very clearly putting refugees’ lives at risk.”

[1] Since November 2017, just 3,743 people have been evacuated from Libya through UNHCR’s evacuation operation, mostly to Niger, where they must then wait for another country to offer them asylum.