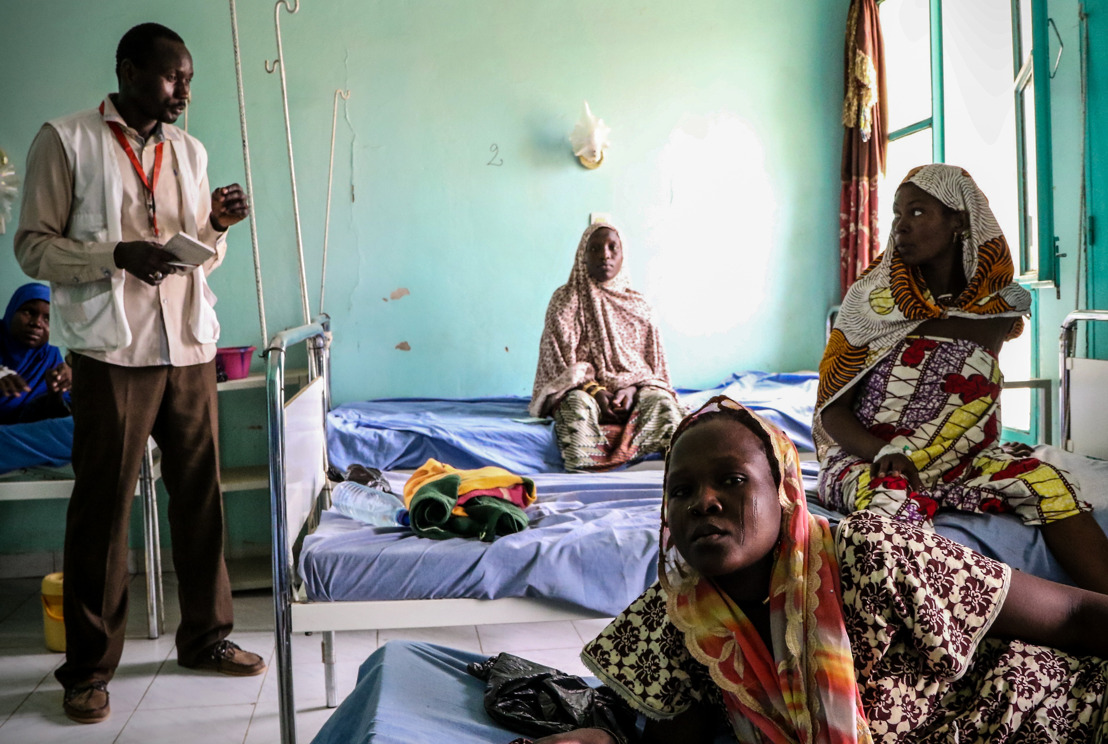 Instability and lack of infrastructure

In Diffa, where access to healthcare has been hampered in particular by insecurity, the lack of adequate water, sanitation and hygiene infrastructure has an even greater impact on the health situation. Several sites within the displaced camps and communities do not have an adequate supply of drinking water, leaving some of the needs of the most vulnerable populations unmet. In addition, there is a lack of latrines, and those that are in place are in poor condition.

From the experience of other hepatitis E outbreaks in Africa, the Diffa one could last for several more months. The number of suspected cases may increase further in the near future, with the arrival of the rainy season, usually from June to September. “Given the scarcity of water for the most vulnerable populations, the risk is that alternative sources that can spread the outbreak will be used, such as the supply from streams and other natural water points formed by accumulated rain water. These collection points are considered as potential vectors of the disease”, explains Audace Ntezukobagira, emergency coordinator for MSF in Diffa. “It is also important to take into account that these people do not have the material or financial means to stock up on wood or gas, to boil the water in order to make it suitable for consumption”.

To respond to the outbreak, one of the priorities is the strengthening of water and sanitation activities. However, the current response has not yet reached the standard required due to insufficient resources and coordination between humanitarian actors.

At certain sites, for example, it can be seen that jerry cans which are unsuitable for transporting water are not systematically collected when they are replaced. “This provokes a clear problem in terms of the risk of spreading the disease, as well as creating confusion as new jerry cans could be distributed several times in the same place”, says Sabiou Mansour, logistics manager for the MSF emergency team in Diffa. “It is deplorable, considering the efforts already provided in the region and the magnitude of the needs”.

Since April, MSF has strengthened its capacity to deploy emergency sanitation and hygiene measures at eleven sites. The teams working on more than 130 functional water points ensured that more than 6,300 m³ of water was chlorinated, 127,300 jerry cans were washed, nearly 3,400 old ones were replaced with new ones, and cleaning kits, including more than 36,800 soaps, were distributed.

For Sani Toubomrabo, a Nigerian community leader based in Garin Wazam, “the chlorinated water we bring home is useful to avoid getting sick, which is why we collaborate with the health agents present at the water points”.

The response to the outbreak also includes free management of patients in health facilities at the community level and referral to hospital for those patients who develop complications.

In this respect, MSF teams are supporting the health authorities with human and material resources that have been deployed to deal with the situation. In addition to medical treatment, patients with hepatitis E receive psychological support. The organisation also provides technical support for health staff in the structures in which it operates in order to ensure free and high-quality care for patients. A decrease in mortality was also observed among women with severe complications related to the disease admitted to the main maternal and paediatric health centre in the town of Diffa.

Awareness-raising in the heart of the community

Health promotion activities in the health facilities and the community have also been set up by MSF. To date, nearly 32,000 people have been informed, including patients and their families. At the same time, MSF is actively looking for cases in villages, which has already led to the referral of more than 400 people to health centres.

MSF in Diffa
Since the end of 2014, MSF has been working in the Diffa region to help those fleeing violence related to the presence of the Boko Haram group and military intervention in the region. MSF provides free medical and psychological assistance in seven health centres in the region. In addition, the organisation supports the supply of drinking water supply, the construction of latrines and the distribution of essential items in several villages and places where refugees, returnees and displaced people have gathered.

In addition, MSF is supporting the Ministry of Health in two hospitals: the Nguigmi Hospital and the main maternal and child health centre in the Diffa town. In both hospitals, MSF is working in reproductive and paediatric health units, and provides mental health support. At the hospital in Nguigmi, the team also treats children suffering from severe acute malnutrition.