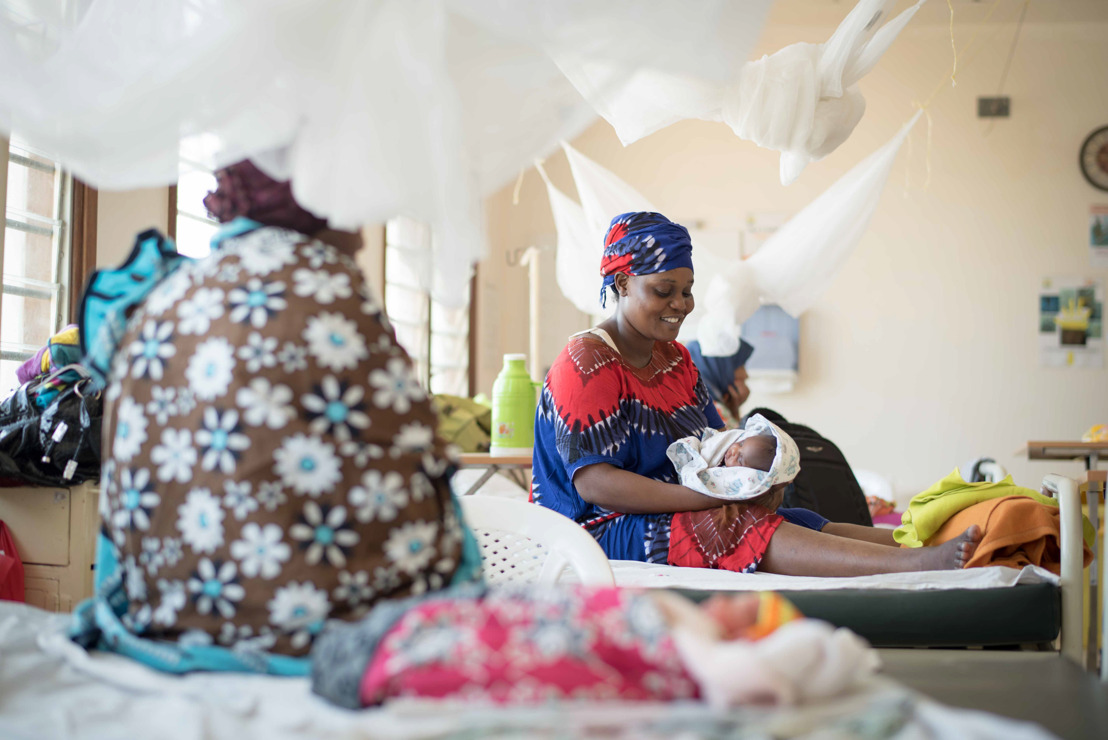 One recent afternoon in July, three women found themselves in a newly-renovated hospital in Kenya’s coastal town of Likoni.

Rose was preparing to give birth to her third child. She had experienced some bleeding and was being rushed to the labour ward.

Roselyn had travelled all the way to Likoni from the far south; her heart was throbbing. She had gone through two caesarean sections in the past and had little courage to go through a third one.

Two-month pregnant Kibibi waited with twenty odd women for her first consultation. The last time she gave birth, it was in a shipping container.

From containers to a full-fledged hospital

Likoni is in the Kenyan mainland, separated from the regional hub of Mombasa by a thin strip of the Atlantic, which has dredged its way inwards. For long, pregnant women from Likoni had to cross over to Mombasa to give birth in the city’s main hospital. But the busy ferry crossing would often cause painful, sometimes even fatal, delays for women needing emergency obstetric care.

As a stopgap measure, in early 2017, Médecins Sans Frontières (MSF) set up shipping containers in the Mrima Health Centre, offering a comprehensive package of emergency obstetric and neonatal care. In parallel, MSF teams embarked on rehabilitating the health centre; over the course of a year, an operation theatre and a new born unit was added and the hospital furnished with new equipment, so that women from the region could have sustainable access to sexual and reproductive health services.

Kibibi says the last time she came here, she was about to deliver her first baby. She was swiftly taken to what was by then endearingly called the ‘container village’, where she was told that her baby wasn’t getting enough oxygen. She remembers the dread she felt as she was being hauled away to the operation theatre. But after a few hours, when the drowsing effect of anaesthesia wore off, her senses woke up to the soft, rhythmic pulses of a little boy lying beside her.

Following the advice she received during her last delivery, this time, Kibibi made her way to the hospital as soon as she knew she was pregnant. The containers lay to a side, but the hospital building now had a new maternity wing. Waiting to undergo a medical screening for HIV and other sexually-transmitted diseases, she shared her wish to bring up her children well and healthy. She didn’t work, and her husband was a casual worker, but she said she was determined to see her children blossom.

Meanwhile, at the inpatient ward, Roselyn was waiting, her features crisped with anxiety. She had a growth in her uterus removed recently and hoped she wouldn’t have to endure yet another agonising surgery. She felt her blood pressure drop; every breath seemed to demand more effort.

In a nearby labour ward, Rose gathered up all her force to make a final push. The head of a little boy peeped out, but soon all movement came to a standstill. In a flash, doctors rushed her to the emergency room, where they decided to operate Rose. The baby came out finally; weak drafts of air escaping through teeny nostrils assured that he was alive. He opened his tiny eyes, but remained eerily silent.

To her immense relief, Roselyn delivered without having to undergo a caesarean section. “I had a big stomach, but she came out small”, she quips after the delivery, managing to let go weeks of accumulating tension.

Rose, however, was not doing too well. Almost immediately after giving birth, she started bleeding again. One operation followed another, until she had only about four pints of blood left.

“I had almost surrendered myself”, says Rose. Sachets of blood and the swift work of surgeons managed to drag Rose out of the abyss, yet her travails were far from being over.

Only a few years ago, it would have been nearly impossible for women like Rose to access emergency obstetric care in Likoni. Not only is the Mrima Health Centre now well-equipped to manage complicated deliveries, other health facilities in the region have also begun to offer sexual and reproductive healthcare.

Soon the maternity ward in the Mrima Health Centre will be entirely managed by the county  health authorities. “We have established a joint steering committee comprising of county health officials and MSF staff to oversee the transition process, which is expected to be complete by 2021”, says Dana Krause, MSF’s country representative in Kenya.

“Besides ensuring a smooth handover, our main priority will be to introduce the hepatitis B vaccine for new-born babies in an effort to contribute to country-wide scale up of the vaccination”, adds Krause.

Hepatitis B is a life-threatening viral infection, which causes liver damage, and is often transmitted by the mother to child at birth. Acute infections are incurable so vaccination at birth has proven to be an effective strategy to prevent transmission of the hepatitis B virus.

Rose had caught a glimpse of her baby in a brief pause immediately after the boy was born, before lapsing into unconsciousness. When she regained awareness, her family broke the news to her: the little boy had passed away.

“It’s difficult to lose someone you have carried for nine months”, said Rose, her soft voice and placid composure barely giving away the grief she may have been feeling. “You see your friends carrying babies; it is very painful”. Each of these words came out slow and clear; there was no bitterness in her voice, only a cold, depthless sadness.

A young, sprightly man walked up to a bed besides Rose, where Roselyn was cradling a little girl in her arms. He barely looked at the girl, and with a focused determination started gathering all sundry belongings under Roselyn’s nursing bed.  As soon as he had all of it piled high in a bucket, a wide smile broke across his face. He put his arm around Roselyn, almost inviting onlookers to take a picture.

Across the bed from Roselyn, Rose lay, with her husband on one side, and her cousin on the other. She had asked her husband to remove the little clothes which, carefully folded, were lying in a corner, so the memory of the baby would not come back to haunt her.

“The other women have been counselling me”, said Rose. “When my relatives were not here, my ward mates would take care of me. In the future, if someone were to face this situation, I will also provide guidance and counselling to give them hope of life”.

Meanwhile, Roselyn’s family was preparing to leave the maternity ward.  “When I was carrying her, I was not sure if I would come out alive”, said Roselyn. “I told myself, if we both survived, I would name the baby ‘hope’”. It was so that on a bright, balmy July afternoon, in the Mrima Health Centre, hope was born.