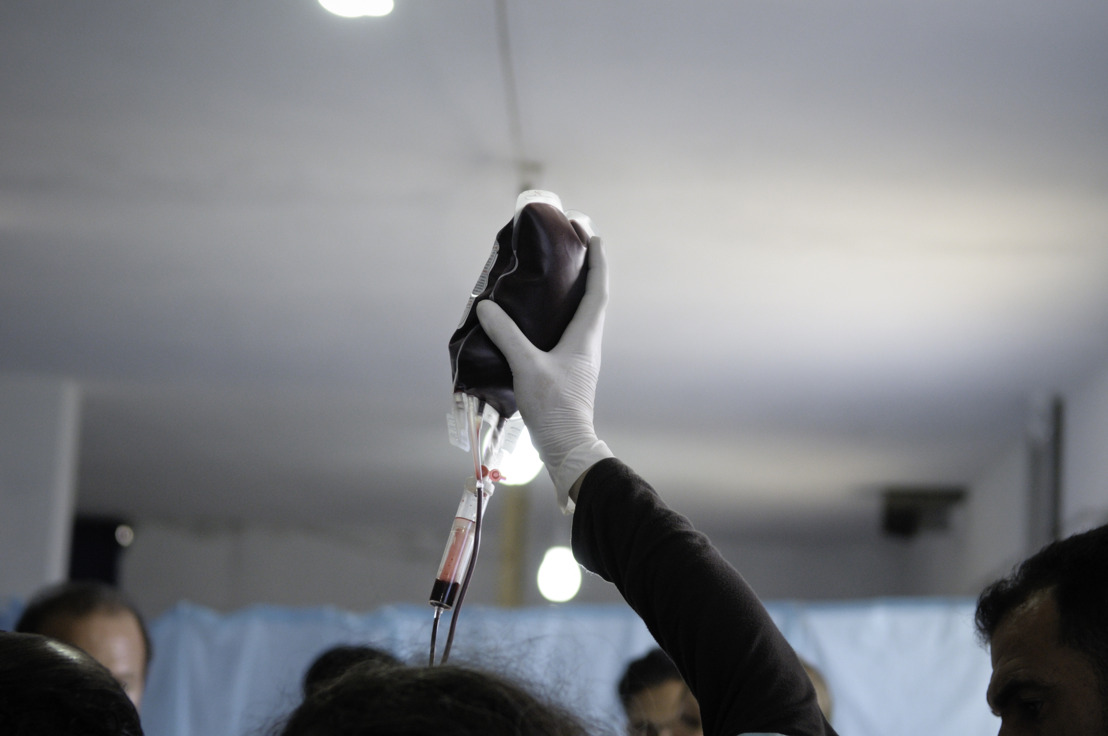 The conflict in northwestern Syria continues to cause fear, displacement and acute medical needs. Shelling on Thursday 24 October on the village of Janoudia in Idlib, northwestern Syria, resulted in an influx of 17 casualties being rushed to a nearby hospital that Médecins Sans Frontières (MSF) supports in a co-management partnership. Three of these patients were children under 14 years old.

Three of the patients died before arrival at the hospital, and one patient died a few moments after arrival. Six other patients were in a critical condition but could be stabilized and given treatment or referred to other hospitals. Three patients had moderate wounds and four had light injuries.

“A mass casualty influx is really intense,” said the doctor managing the hospital. “When the injured started arriving at 5pm yesterday, we requested all of our staff to come to the hospital so that we would be able to respond; the medical team was fully deployed to answer to the influx, and despite that, we had to refer one case to another hospital because all our operating theatres and medics were occupied and the case couldn’t wait. This patient had a double trauma in the head and in the chest. We stayed up all night to treat the injured as best we could.”

The need for medical services in northwestern Syria is extremely high. Beyond the direct victims of the conflict - often from aerial bombing or shelling – there are huge needs for more than a million people who have fled areas of fighting over the past months and years, often with nothing more than the clothes on their backs, and are extremely reliant on external assistance for food, shelter, water and medical care.

In the past month MSF has added a new mobile clinic team to help serve the primary healthcare and vaccination needs of families sheltering in makeshift camps in the cold mountainous terrain where many of the displaced people in northwestern Syria have fled. Nevertheless, the numbers of people in need of high levels of assistance are huge, and there is definitely a requirement for a general increase in the provision of humanitarian aid, specifically medical.

Also in northwestern Syria, MSF runs a specialised burns unit that provides surgery, skin grafts, dressings, physiotherapy and psychological support. MSF provides distance-support provides support to primary and secondary healthcare in several hospitals and clinics around Idlib and Aleppo, and has co-management partnerships with three hospitals, including the hospital that responded to Thursday’s mass casualty event.

MSF’s medical programs across Raqqa and Al Hasakeh governorates in northeastern Syria have been reduced or suspended since 15 October 2019 as we have been unable to ensure the safety of our teams due to the conflict in the region.

To ensure independence from political pressures, MSF receives no government funding for its work in Syria.