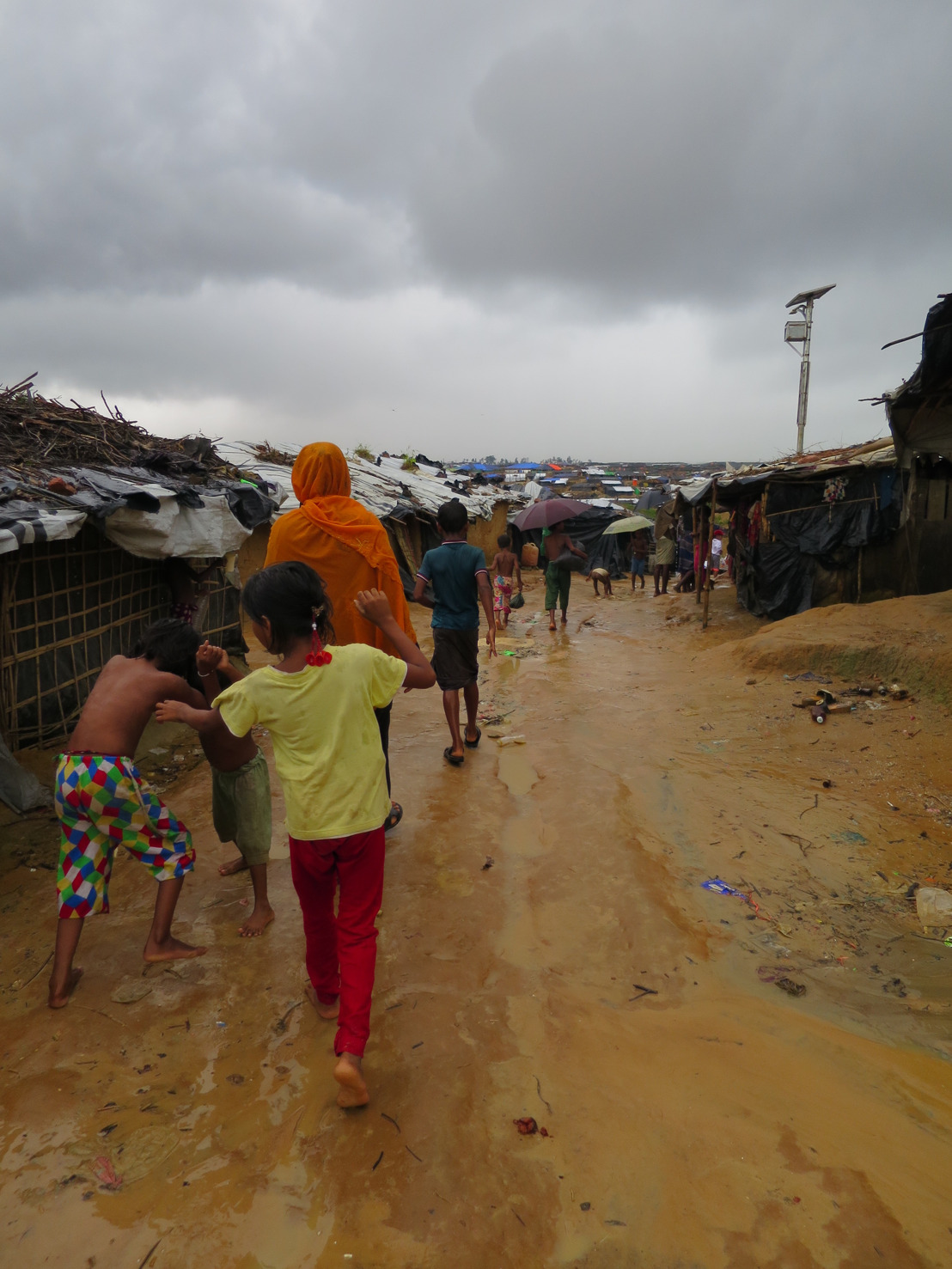 In nearly two months, MSF has treated more than 30,000 patients in the Cox’s Bazar area, effectively five times the number of people who sought treatment at MSF facilities during the same period last year.

“We are concerned that if the response to this crisis does not increase to meet the huge demand for shelter, clean water, medical care and food, then the risk of disease outbreaks looms, and with that, a public health emergency,” said MSF Emergency Coordinator, Robert Onus.

The organisation has hired an additional 800 staff, bringing the total number of staff on the ground in Cox’s Bazar from around 200 people to 1,000.

MSF has rapidly expanded its in-patient capacity at its Kutupalong medical facility from 50 to 70 beds, with new wards and isolation capacity for infectious diseases. The inpatient health facility, which provides basic primary and secondary healthcare services and is MSF’s largest health facility in Cox’s Bazar, has been running since 2009.  A second in-patient facility is under construction in Balukhali and is expected to open in the coming days with a focus on mother and child health. Two more in-patient facilities are also planned to open in the region to meet the increased demand for secondary healthcare. Additional health posts and mobile clinics have already been set up to meet the increased need for primary healthcare in Kutupalong, Balukhali, Mainnerghona, Jamtoli, Unchiparang and along the entry points at the border.

“Outside of the medical response, improving water and sanitation is an integral part of our attempts to prevent the spread of disease,” said Mr Onus. “With a population this large, access to adequate water and sanitation facilities is crucial, and as the number of people fleeing continues to rise, this work will continue well into December.”

MSF has built 200 latrines, 34 boreholes and a gravity water supply system while trucking an average of 100m3 water daily to the settlements from MSF’s Kutupalong medical facility.

Between now and the end of the year,  100 deep tube wells, 300 shallow tube wells and 1000 latrines will be constructed in the Balukhali and Kutupalong Makeshift Settlements.

“Given the size of the population (Kutapalong/Balukhali) at least 8,000 latrines are required – to help stop the spread of disease due to poor sanitation and hygiene,” said Mr Onus. “But with a population of more than 582,000 refugees on top of the existing 200,000 who arrived previously, huge gaps in services and infrastructure remain,” Mr Onus added.