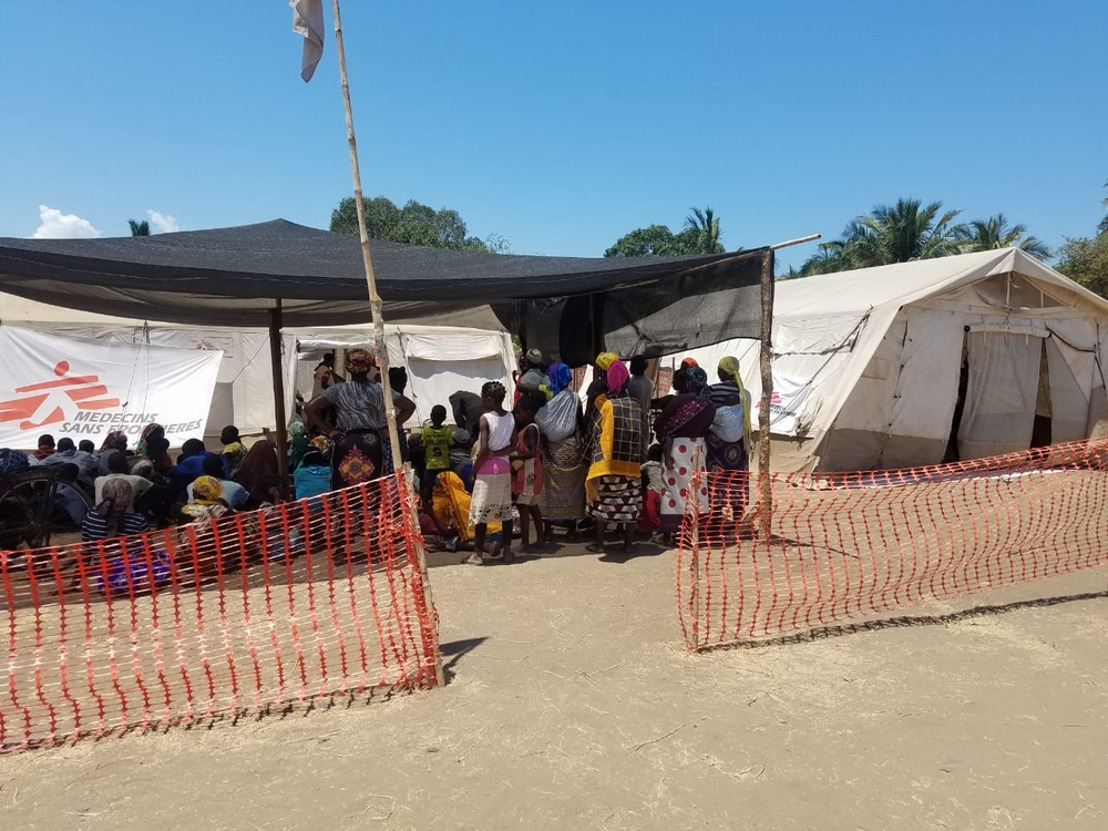 "Approximately 10,000 displaced people arrived by boat to the provincial capital of Pemba last week alone,” said Joaquim Guinart, Cabo Delgado Project Coordinator for the international medical humanitarian organization Doctors Without Borders/Médecins Sans Frontières (MSF). “They were dehydrated. Women gave birth at sea. There have been cases of severe, potentially fatal diarrhea. There’s a lot of pressure on local medical staff, as 20,000 people have arrived throughout the last month and more will continue to come.”

Approximately 100,000 internally displaced people (IDPs) have sought refuge in and around Pemba in temporary shelter sites, such as school buildings, or with host families, increasing by one third the city’s population. MSF says many IDPs lack clean drinking water and are exposed to malaria with barely any protection while they remain in unsanitary, crowded conditions, increasing the risk of an outbreak of measles, diarrhea or COVID-19.

With no end in sight, the fighting that started in October 2017 has continued to increase in intensity, forcing almost a fifth of the province’s population to leave their homes and reducing to almost nothing access to care and other services in the area. MSF had to suspend its own medical humanitarian activities in Mocimboa da Praia in March, followed by Macomia in May after an insurgent attack, during which the health center in Macomia where MSF staff worked was ransacked and burned. It is estimated that more than 20 local health facilities have been destroyed during the conflict.

MSF has relocated its base to the city of Pemba, where it has been providing medical assistance to arriving IDPs and the host community. Even so, MSF says it struggles to remain operational in Cabo Delgado due to administrative constraints and COVID-19 travel restrictions, which force the organization to work with minimal capacity while needs continue to grow exponentially.

MSF started a mobile clinic in Metuge district in September and, due to the constant new arrival of IDPs, a second mobile clinic was launched on 28 October, which MSF hopes to use to reach more people in more remote districts in the coming weeks. MSF is also providing water and sanitation assistance at IDP sites and health facilities and running the diarrhea treatment center in Pemba. With the support of partners, MSF is building 150 latrines and restoring 27 manual water pumps and five water systems in the Metuge district, ensuring access to safe water ahead of the upcoming rainy season. However, MSF says these activities only address a fraction of the area’s growing needs.

“MSF is deeply concerned about the continued violence and deteriorating conditions in Cabo Delgado and the quickly growing number of displaced people, especially with the onset of the rainy season. The basic needs of the displaced people remain largely unmet despite existing efforts to provide humanitarian assistance,” said MSF Head of Mission for Mozambique Alain Kassa. “If no immediate action is taken, this situation will rapidly deteriorate, and MSF calls upon the Mozambican authorities for support to mobilize additional humanitarian staff and supplies without delay.”

MSF has been present in Mozambique since 1984. In the city of Pemba, MSF is supporting health authorities in improving access to water and sanitation as well as responding to possible outbreaks of diarrhea. MSF is also present in Maputo and Beira providing care to people with advanced HIV, tuberculosis and hepatitis and vulnerable populations. Across all projects, MSF is supporting the Mozambique Ministry of Health in its response to COVID-19 through the implementation of preventative measures, including infection control, triage and surveillance.