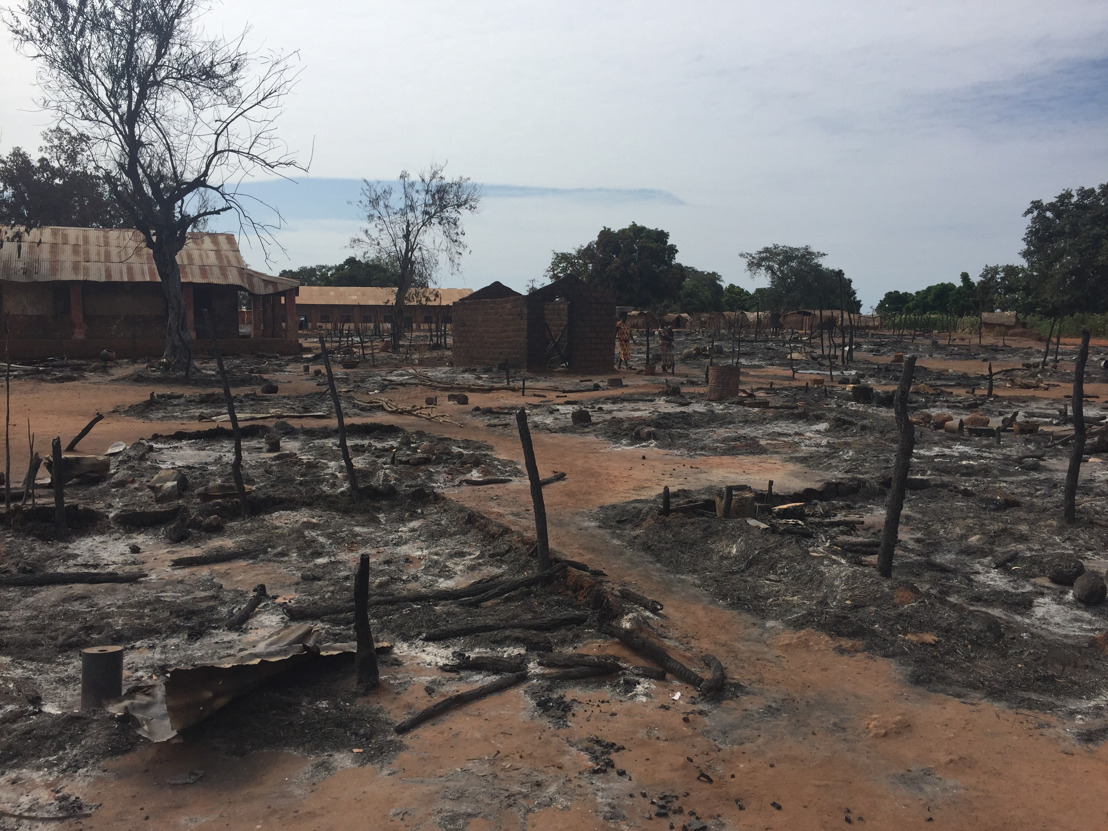 Today MSF publishes the results of its investigation into the attacks against civilians that took place in November 2018 in the town of Batangafo, where it has run a hospital for the past 12 years. Fifteen people died and 29 were injured; houses were set on fire and destroyed; and more than 20,000 people were displaced from camps for displaced people. Some of MSF’s hospital services were disrupted after more than 10,000 people sought refuge inside the hospital compound.

MSF’s report describes the events of November 2018, the consequences of the events, and the lack of protection afforded to civilians. It highlights the violence perpetrated by armed groups targeting civilians and the ineffectiveness of the UN’s peacekeeping mission in CAR, known as MINUSCA. The UN peacekeepers deployed to Batangafo were unable to prevent the attacks, resulting in death and displacement. “MINUSCA was responsible for protecting civilians,” says MSF head of mission Omar Ahmed Abenza. “However, they were unable to do this.”

In the course of the violence, MSF’s hospital itself came under threat, preventing the sick and injured from accessing its services. “The hospital was threatened and accused by the armed groups of sheltering ‘enemies’,” says Ahmed Abenza. “Armed men and roadblocks were placed all around the town, blocking access to the hospital for many in need. This shows an unacceptable lack of respect to the medical mission as stipulated in international humanitarian law.”

The series of recent attacks against civilians in Batangafo, Alindao and Ippy are indicative of the highly volatile nature of the conflict and the lack of protection afforded to civilians. MSF is extremely concerned about the consequences of the violence on people’s ability to access healthcare. Many people in need are unable to get treatment for common but preventable diseases such as malaria, to give birth safely in a hospital, or to access other basic health services.

“Most of the victims of the violence are ordinary people,” says Ahmed Abenza. “Civilians in Batangafo have been left with no effective protection.”

MSF has been working in Central African Republic (CAR) since 1997. Independently of all political or military powers, MSF manages 12 projects in 7 out of 16 prefectures in CAR. MSF teams provide care to all those who need it, regardless of their race, religion or ideology.