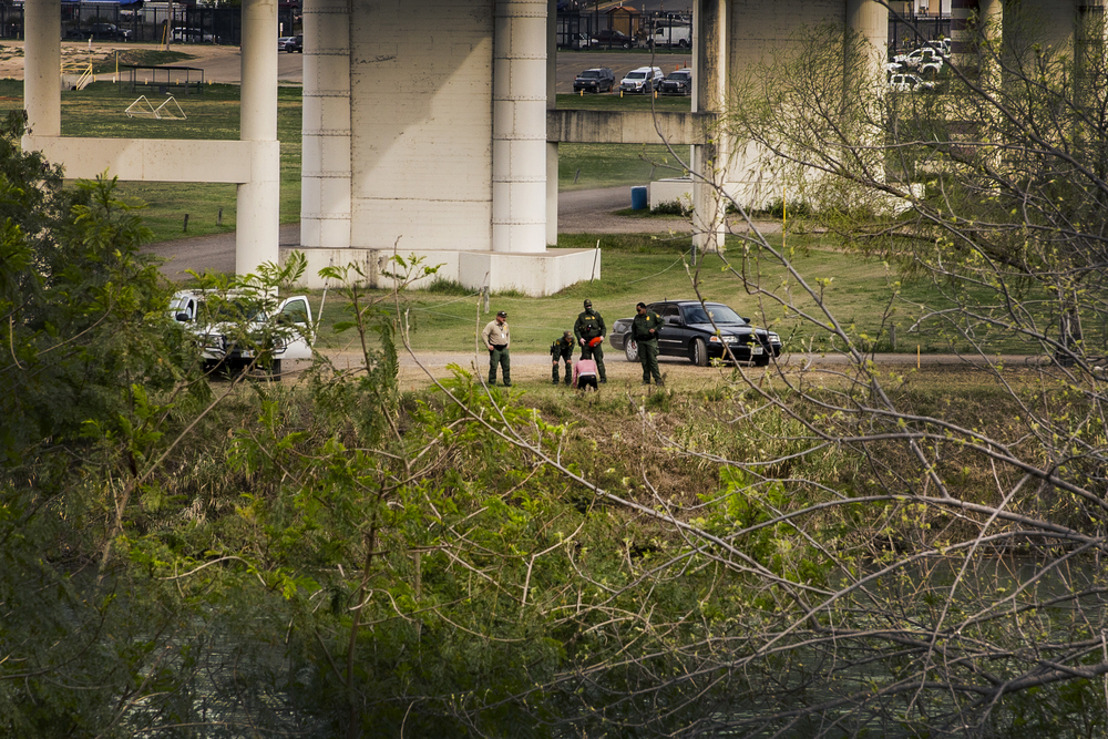 The report, No Way Out, is based on 480 interviews and testimonies of Central American migrants and asylum seekers, experiences of MSF staff, and medical data from more than 26,000 people helped along the migration route through Mexico during the first nine months of 2019. The medical evidence points to high levels of violence and ill treatment suffered by migrants and refugees in their home countries, along the migration route, and in the custody of US and Mexican authorities. The high levels of violence in the Northern Triangle of Central America (NTCA) is comparable to that in war zones where MSF has been working for decades—and is a major factor fueling migration north to Mexico and the US.

“It’s clear from years of medical data and testimonies that many of our patients are desperately fleeing violence back home,” said Sergio Martin, MSF head of mission in Mexico. “These people deserve protection and care, and, at the very least, a fair chance to seek asylum. Instead they face more violence along the migration route, barred from countries where they wouldn’t be at risk. Now they are trapped in dangerous places with no way to seek safety.”

In interviews, 61.9% of respondents said that they were exposed to a violent situation during the two years prior to leaving their home country. Nearly half of the interviewees (45.8%) cited their exposure to violence as a key reason for fleeing. More than 75% of people traveling with children reported leaving due to violence, including forced recruitment by gangs.

People also suffer from violence along the migration route through Mexico: 57.3% of the people interviewed were exposed to some type of violence, including cases of assault, extortion, sexual assaults, and torture.

Harsh deterrence policies introduced by the US and Mexico in recent years have increased the dangers for migrants and asylum seekers. Under the so-called Migrant Protection Protocols, people applying for asylum in the US are forced to remain in Mexico, where they are often repeatedly targeted by criminal groups for kidnapping and extortion. In October alone, 75 percent (33/44) of our patients in Nuevo Laredo returned under the MPP had been kidnapped recently.

“Central American asylum seekers in Mexico are particular targets for kidnapping and violence, which means their lives are at risk,” said Martin. “Without safe and legal alternatives, they are at the mercy of human trafficking networks and criminal organizations that prey on the most vulnerable people. This all has serious consequences for their physical and mental health.”

The criminalization of migration further jeopardizes people’s health and safety. MSF provides medical and mental health care to people who have been detained and deported by the US. Many of MSF’s patients in Mexico report having been held in terrible conditions in the US—sometimes in frigid cells (described in Spanish as hieleras, or freezers), with the lights turned on 24 hours a day, with limited access to health care, and without adequate food, clothing, and blankets.

In Mexico, the teams have visited various detention centers for migrants where overcrowding, insufficient medical care, and lack of adequate resources are the norm. During these visits, the teams treated people with infectious diseases and diarrhea, as well as victims of violence, in particular those with acute mental health needs.

Recent US policies and bilateral agreements reached with Mexico and other regional governments are effectively dismantling the system to protect refugees and asylum seekers. These measures leave Central Americans with nowhere to turn for protection and no viable way to escape the violence.

Insecurity, pervasive violence, and the lack of adequate protection mechanisms have clear impacts on the physical and mental health of the patients treated by MSF. Teams see conditions commonly suffered by people on the move, such as respiratory infections, skin disorders, and acute musculoskeletal problems. They also treat a range of injuries from weapons and from kidnappings, sexual abuse, and rape. Anxiety, depression, and post-traumatic stress conditions precipitated by a violent event are some of the main reasons why people seek mental health services.

“These policies to block people from asylum and send them back into danger have worsened the humanitarian crisis in the region,” said Marc Bosch, who oversees MSF programs in Latin America. “The US and Mexico must end these policies and governments of the region must put people at the center of migration policies and ensure that victims of violence have access to humanitarian assistance, health services and protection. All people, regardless of their legal status, deserve to be treated with dignity.”