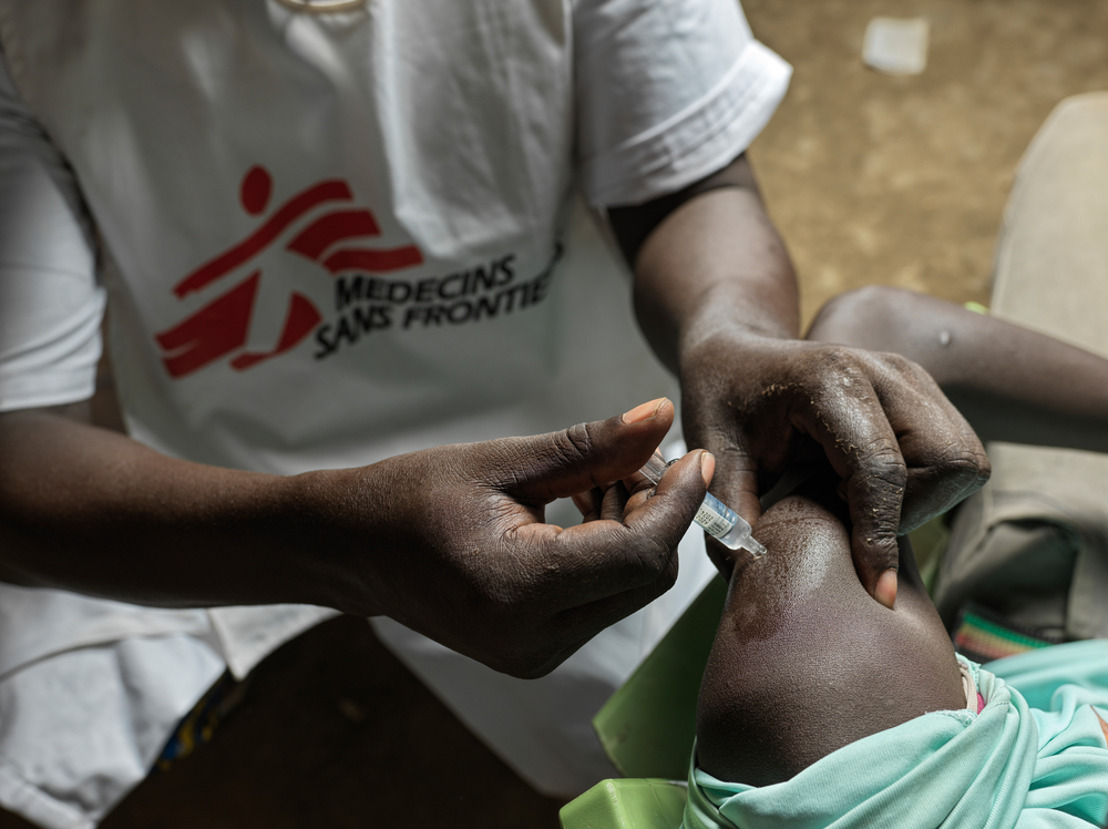 Hepatitis E is the most common cause of acute viral hepatitis, causing approximately 20 million infections and 44,000 deaths per year. It is transmitted through faecal contamination of food and water. Large-scale outbreaks typically occur when water and sanitation are inadequate, such as in mass displacement camps. There is no specific treatment for hepatitis E, which as a fatality rate of up to 25 percent among pregnant women. It also increases the risk of spontaneous abortions and stillbirths.

"The fight against hepatitis E has been long and frustrating," said Dr Monica Rull, Medical Director, Médecins Sans Frontières (MSF). "Over the last two decades, MSF has been responding to hepatitis E outbreaks in displacement camps, trying to control the disease in challenging conditions and seeing the devastating impact on extremely vulnerable communities. With the experience of this vaccination campaign, we hope to change the way we tackle hepatitis E in the future."

In March and April 2022, MSF and South Sudan's Ministry of Health jointly carried out the first two rounds of the hepatitis E vaccination campaign in Bentiu internally displaced persons camp in South Sudan's Unity state. Around 25,000 people, including pregnant women, have received the vaccine. A third and final round will be conducted in October 2022.

“Given the successful implementation and the community’s enthusiastic response in the first two rounds, this innovative vaccination campaign can serve as an example and be replicated in similar settings managing hepatitis E outbreaks," said Dr John Rumunu, Director General for Preventive Health Services, South Sudan Ministry of Health. "I hope the vaccine will help reduce infections and deaths from hepatitis E in Bentiu and beyond."

Bentiu is the largest displaced persons camp in South Sudan, created in 2014 at the height of the war. Today, approximately 112,000 people reside there, many having fled recent violence and flooding. MSF has been present in Bentiu since its inception and has seen hepatitis E outbreaks since 2015. The outbreaks are the consequence of appalling living conditions, including a lack of access to adequate water, sanitation and hygiene.

In 2021 extreme flooding and new influxes of displaced people exacerbated already deplorable living conditions, increasing the spread of waterborne illnesses, including hepatitis E. Since July 2021, in its Bentiu hospital MSF has seen 759 patients with confirmed hepatitis E, 17 of whom have died.

The Ministry of Health of South Sudan asked MSF to help its efforts to control the outbreak, through a large-scale vaccination campaign.  The only available hepatitis E vaccine, Hecolin, has been shown in clinical trials to be highly effective at preventing disease, and the World Health Organization (WHO) has recommended that it be considered for use in outbreak responses since 2015. However, until now it has only been used on an individual basis in China, where it is licensed and used to vaccinate travellers. The vaccination campaign in Bentiu is the first time it has been used in response to a public health emergency.

A letter describing the vaccination campaign has been published in The Lancet Infectious Diseases and a video presentation of the campaign can be found online here.

This is a significant milestone in global efforts to tackle hepatitis E," said Melanie Marti, Medical Officer, Immunization, Vaccines & Biologicals, WHO. "It is the first time a vaccine has been used to combat the effects of this potentially devastating disease. This is despite the fact that the vaccine has been licensed for over a decade, and it has been WHO policy to use it in outbreak settings since 2015. At the WHO we strongly encourage all countries experiencing an outbreak to use the vaccine against hepatitis E, including in pregnant women."

The success of the Bentiu vaccination campaign shows that it is possible to use the vaccine for outbreak response, even under difficult conditions. South Sudan’s Ministry of Health and MSF are monitoring and reporting on the results of the vaccination campaign. While other outbreak control measures are also necessary, including improving water and sanitation services, health officials believe this vaccination campaign is an important step toward reducing the burden of hepatitis E in the future. MSF hopes the campaign will encourage other countries to use the vaccine as part of measures to control outbreaks of hepatitis E.