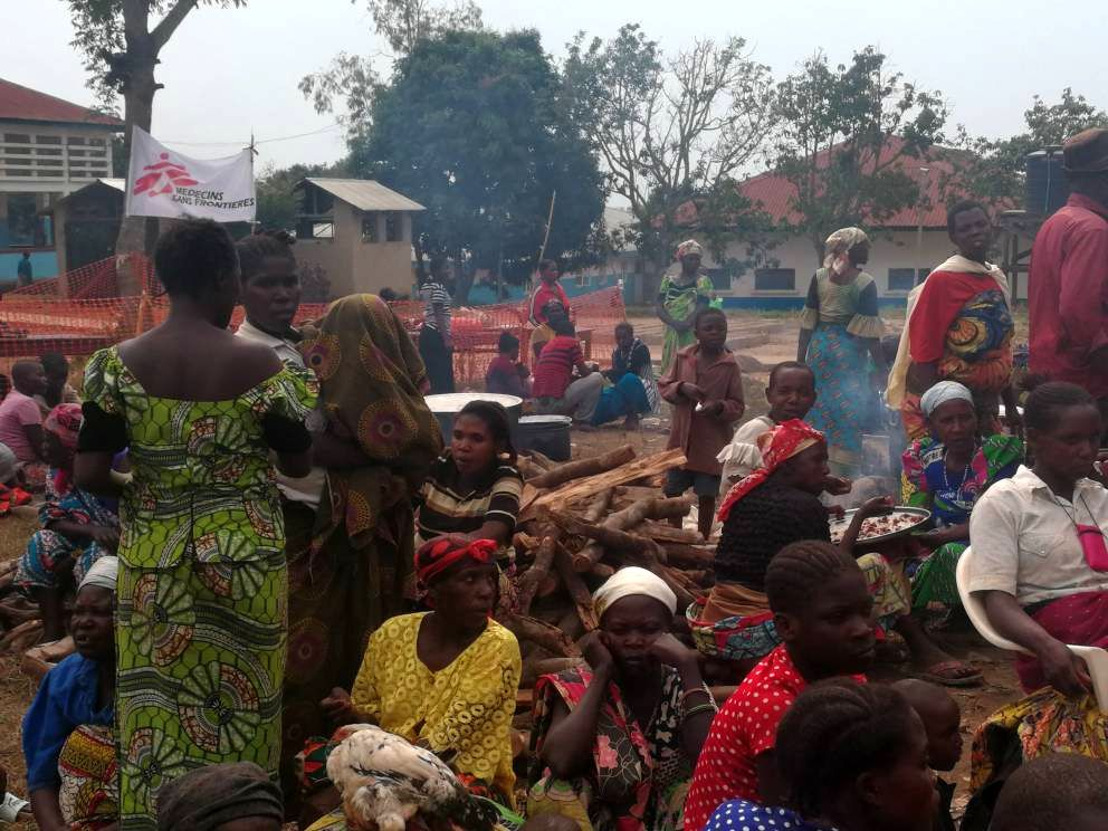 The displaced are living in informal sites, with host families or are sheltering in churches and schools. Some have been in these conditions for over a month now and there is a very real risk that their health could soon start to deteriorate and we will begin to start seeing cases of severe malnutrition, or a measles or cholera epidemic.

Médecins Sans Frontières (MSF) teams are working in and around Bunia, and also around Mahagi, further to the north. In Bunia, in the two camps housing approximately 1,700 internally displaced families, teams have built toilets and showers and are also helping to ensure the camps have a safe water supply. Conditions inside the camps remain worrying, and people are living tightly packed together with little space for new arrivals.

MSF is also supporting three health centres in Bunia – Bigo, Lembabo and Kindia – with personnel, including nurses, midwives and psychologists. Many people are traumatised by the violence they have witnessed or been victim of, and there are children who have lost their families in the chaos. More than 30 per cent of the patients MSF sees are suffering from malaria, whilst others have respiratory infections and diarrhoea. Around 600 women have benefited from prenatal care, and 84 women have given birth in MSF-supported health centres. Since MSF arrived in February, teams have undertaken over 5,000 outpatient consultations, and helped treat 77 people wounded as a result of violence.

As many people left their homes with nothing, or have been living with host families for weeks now, MSF has been distributing family kits containing basic necessities such as blankets, soap and mosquito nets in and around the areas where teams are working. Recently, 1,350 family kits were distributed to people living in an informal settlement in Kasenyi, on the lakeside, and over 700 kits to people living in school buildings in the village of Lopa.

Around the areas of Tchomia, Kasenyi, Angumu and Mahagi Port in DRC, MSF is focussing its efforts on cholera prevention and treatment for displaced and local populations. Teams are ensuring access to clean water and are preparing in case of an outbreak.

Over 50,000 people have fled by boat across Lake Albert to Uganda since mid-December. Reception facilities in Uganda are overwhelmed by the number of new arrivals, and health authorities recently confirmed a cholera outbreak in the region, which left at least 36 people dead and resulted in nearly 1,800 severe cases. MSF has responded to the outbreak, and is also providing basic healthcare to the refugees, as well as vaccinations. With inadequate access to food and shelter, the conditions remain dire.

The situation in Ituri remains uncertain, and there continue to be incidents of violence pushing people to move quickly and in large numbers in search of safety. MSF is closely following what is happening, to ensure a timely response to an epidemic, large numbers of wounded or mass displacements of people.