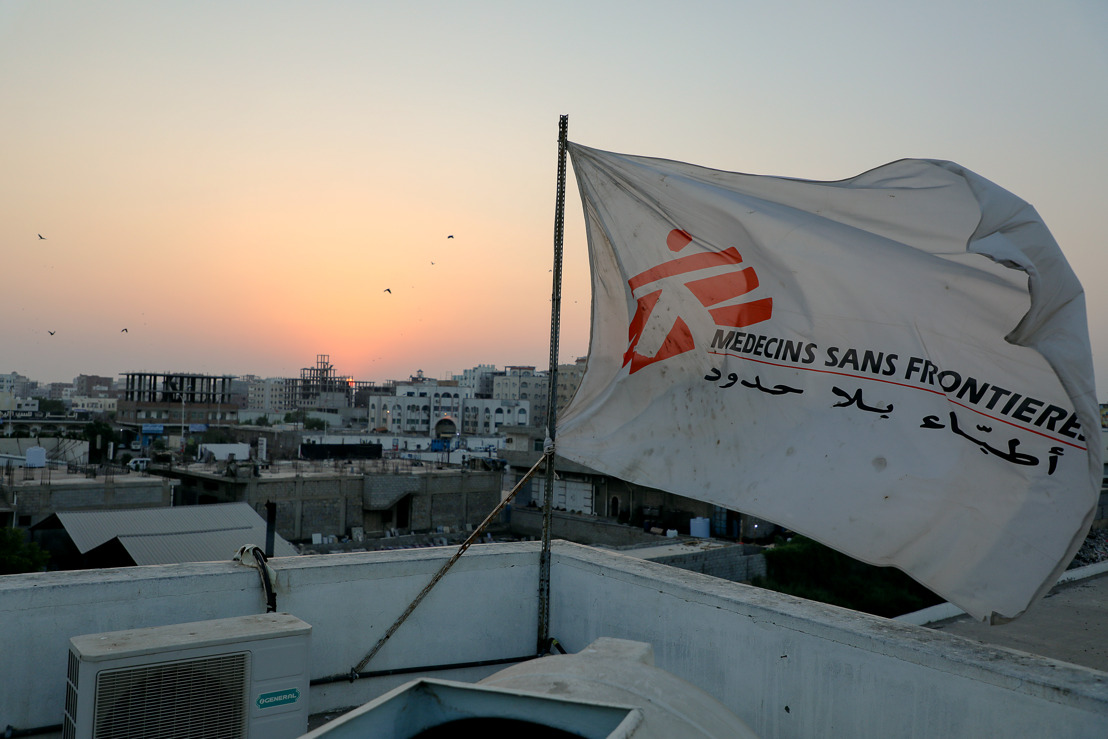 Tuesday, August 27, 2019 — On 11 August this year, the extended Kaeed family was gathered in a civilian building in Mustaba, in the Hajjah governorate of northwestern Yemen, to celebrate Eid al-Adha. The family had already fled their hometown to seek refuge in Mustaba, and were sitting down for lunch when an airstrike directly hit their building. The strike killed at least 10 members of the family and injured 17, all of whom arrived at the MSF-supported Abs Rural Hospital for treatment: the largest influx of civilian war-wounded to the hospital in a single day since the beginning of the year.

When I spoke to Mariam, the 25-year-old mother of one of the children who lost their lives in the attack, I was reminded of the thousands of patients and their families who are affected by this conflict. Every day that MSF spends treating patients is a day spent witnessing the impacts of this war on the civilian population. Our patients no longer dare to hope that combatants will respect the laws of war, or that there are areas that are safe for those who are not part of the fighting.

It was impossible, speaking to Mariam, not to think of three years ago in August 2016, when my colleagues and their patients were the victims of another airstrike. That strike, by the Saudi-led Coalition (SLC), hit the Emergency Department of Abs Rural Hospital, killing 19 people including one MSF worker and five children. It was the fifth and deadliest strike on an MSF-supported medical service in Yemen since 2015.

Since then, the strikes have continued unabated. On 11 June 2018, a newly-constructed MSF cholera treatment centre in Abs was also attacked. As a result we had to rebuild the centre from scratch, and the more than 1.2 million people who rely on the services of Abs Hospital were left with no recourse to treatment as a cholera outbreak swept through the population. The mere existence of diseases like cholera and diphtheria, which were previously almost absent in Yemen, signals how deeply the conflict is affecting the health and wellbeing of the Yemeni population.

There is an obvious, reckless disregard for civilian lives among the parties to the conflict in Yemen. It is clear in the open flouting of international humanitarian law, in the bandying about of terms such as ‘collateral damage’, and in the negligence with which strikes on civilian sites are conducted. The number of displaced is 3.65 million and growing, while the capacity of the population to cope with such displacement is diminishing. The humanitarian response to the conflict is insufficient and those working to provide this aid are left exposed and unprotected. Knowing all this, it is impossible to comfort a mother who has lost a child and nine other members of her family, just as it was impossible to comfort our staff and their patients three years ago. There are no answers for them.

Now, there are increasingly strident calls for more funding for the humanitarian response. And more funding is needed. But this is not enough. Humanitarian agencies must be able to bring that aid to those who need it without risk of harm, instead of working in diminishing areas further and further from the displaced. In turn, they must also show themselves more willing to do so. All the money that donors can provide will not change the situation if humanitarians’ access remains limited. Such funding, without real change from the participants in the conflict, will not end the bloodshed, will not compensate for the thousands of lost Yemeni lives, and will not provide the answers and the solutions that our patients so desperately need.

Three years after the bombing of Abs Hospital there is still only one, simple request to make of all parties to the conflict: respect international humanitarian law, protect civilians. To those who can hold combatants accountable: do not accept ‘mistakes’ or ‘collateral damage’. To the international humanitarian community: it is time to do and say more. History will judge all of us, as Yemenis are already doing.

Jaume Rado is MSF’s Head of Mission in Yemen