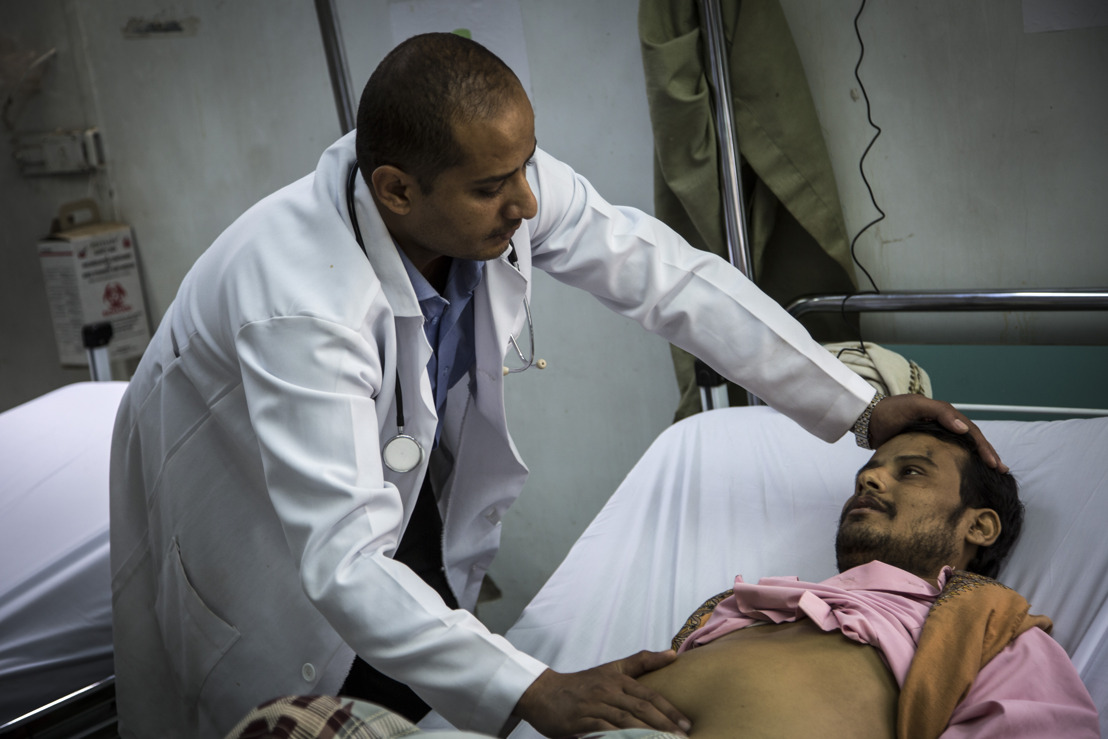 In over two and half years of war, bombs, fighting, mass displacement and the spread of diseases have devastated Yemeni families. For the past year, most of the estimated 1.2 million Yemeni civil servants have received little to no salaries, including tens of thousands of public sector health workers across the country. MSF’s new report, Saving lives without salaries, is based on MSF’s experience in the country and includes the testimonies of MSF and Yemen Ministry of Public Health and Population (MoPHP) medical teams, patients and their families.

“People don’t understand that we don’t always have drugs; we need to use our own money to buy the medication”, says a nurse at Al-Khamees health centre in Hodeida Governorate “People shout at us ‘Why are you here?!’”

The massive ongoing cholera epidemic is a stark example of the consequences of the non-payment of salaries to medical staff. Unpaid salaries are driving the collapse of the already-weak public health system, the backbone of which are the doctors, nurses, midwives and other health personnel.

“The commitment we see every day from government staff is humbling”, says Melissa McRae, MSF’s Medical Coordinator in Yemen. “Working for a year without pay, many are doing whatever possible to keep health services running, however minimally, while wondering how to keep their families fed, clothed and safe. Other have had to seek alternative employment or charge patients for medical care that should be available for free.”

This is just part of the dire reality for health workers across the country; enduring the catastrophic effects of war, having seen loved ones die, working in health facilities that are often under attack.

MSF calls for an urgent response from the Yemeni authorities and the international community to ensure that health workers are paid immediately; receiving sufficient remuneration is a life-saving intervention. Not doing so will only accelerate the demise of the health system with fatal consequences. Preventable illnesses and deaths are increasing in Yemen, and this can be partially attributed to the non-payment of salaries for public medics.

Médecins Sans Frontières (MSF) is paying the salaries of 1,200 public health staff in the health facilities we manage and support across 10 of Yemen’s governorates, and last year we spent more than £50 million on our projects in the country. But our efforts are just a drop in the ocean.

To download the report, please see the link below