“Malaria is endemic in some areas of Yemen like the valleys of the Amran governorate. Most deaths from the disease can be linked to a lack of early diagnosis and treatment due to poor access to healthcare and a lack of preventive measures”, explains Caroline Seguin, MSF Programme Manager for Yemen.

In previous years, the Yemen Ministry of Public Health and Population (MoPHP) responded to increasing malaria cases by providing treatment (stocking health centres with medication) and vector control (distributing mosquito nets and spraying insecticide). However, because of the conflict and the collapse of the health system, MoPHP can’t maintain the same level of response and the situation is deteriorating.

In the scope of this intervention, MSF also organised a malnutrition screening for children under five, as well as pregnant and lactating women. More than 1,200 children were screened, with very high rates of severe and moderate acute malnutrition detected (7.5% and 40% respectively). “These rates, though alarming, can’t be considered a representative sample of the nutritional status of all children in the area, as the screened children were all sick. Still, it shows a worrying underlying nutritional situation in the area”, confirmed Ms Seguin.

To learn more about malaria: http://www.msf.org/en/diseases/malaria 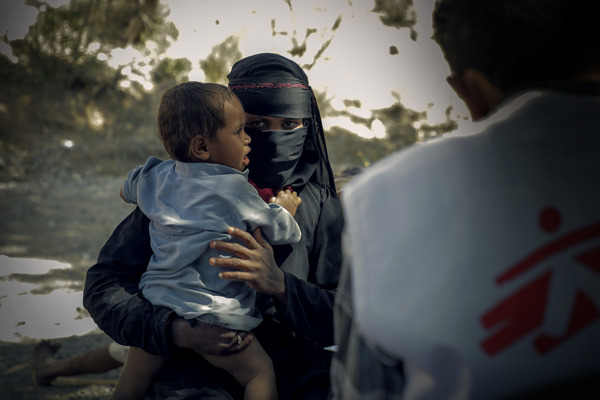